Join the Campaign to End the Persecution of Christians in Canada! 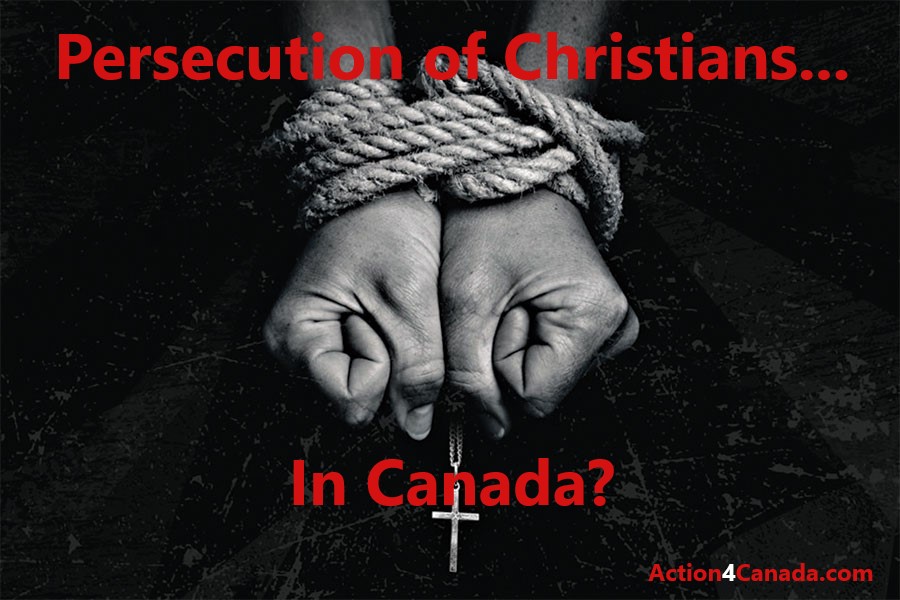 Action4Canada is pleased to announce that we are joining forces and partnering with One Free World International (OFWI) to commence an historical campaign against the corrupt officials involved at all levels of government, as well as directors and people in positions of authority, for abusing their power causing extreme harm, and the persecution of Christians, including torture and other human rights offences. Together, we will advocate for the fundamental human and constitutional rights of all Canadians.

We need your help! In order to defend Canadian pastors and citizens we need to take this to the courts as well as confront government leaders head on. Majed has a team of lawyers and a great deal of experience in dealing with human rights violations.

It is critical to raise funds for this campaign. Please Donate Here for the “Legal Fund To End the Persecution of Canadian Christians”

The Persecution of Canadian Pastors

The video above is of Pastor Artur Pawlowski being arrested at his home on Feb. 8, 2022. He was taken to the Calgary Remand Center and held in solitary confinement (a form of torture) for 7 weeks.

The persecution of Canadian pastors has become so serious that Legislators in the Ohio House of Representatives have introduced a resolution urging the U.S. Commission on International Religious Freedom (USCIRF) to add Canada to its Religious Persecution Watch List. The USCIRF is a focus group dedicated to the identification of worldwide religious persecution. An element of their mandate is to identify governments guilty of persecuting Christian communities. Included among countries of particular concern are China, North Korea, Iran, Pakistan and India. A “special watch list” includes Afghanistan, Cuba, Egypt, and Indonesia.

Pastor Pawlowski is at the top of the long list of persecuted Canadian pastors, and he has not only been fined, arrested and imprisoned but also tortured for his faith. The following list of pastors have been either arrested and/or issued fines. This is by no means a complete list:

According to Section 176 (1-3) of the Criminal Code, it is an indictable offense to interfere with clergy or obstruct them from performing any function in connection with their calling. However, this has not stopped our tyrannical and spiteful leaders from issuing illegal warrants and fines and arresting pastors, in an effort to stop Christians from gathering.

While pastors and Christians were being persecuted and prohibited from assembling during Covid lockdowns, Mosques were open for business. This is a serious double standard: Christian pastors were arrested and fined whilst Imam and Muslims were free to gather. Further examples Here and Here.

Listen to the heartwrenching first hand account of how Morufat and her three children are feeling about the government once again refusing them asylum and the plans to deport them back to a country that is violent against Christians. Start time 55:30

Did you know that a Christian mother and her three children were forced into hiding in Canada for two years because Trudeau ordered them deported?

Morufat Ogunkoya fled Nigeria with her children to escape persecution after converting to Christianity. Her father has ties to Boko Haram and had ordered a death fatwa against Morufat. After living in Canada for several years awaiting asylum, Trudeau ordered them to be deported back to Nigeria for no apparent reason.

In support of One Free World’s incredible work in advocating for this beautiful family to remain in Canada, Action4Canada launched multiple writing campaigns. Dec 12th 2019, Dec 24th 2019, Feb 27th 2020, July 6th 2020. Many organizations and people across Canada appealed to the government to allow them asylum.

After a lengthy two years in hiding OFWI announced the good news that as of November 2021 the Ogukonya family is finally able to live freely, while OFWI proceed with the “Pre-Removal Risk Assessment” and Humanitarian and Compassion Application to safely stay in Canada. Read more about their story HERE.

Majed was born in Egypt and at the age of 18 converted to Christianity. As a result he was imprisoned and tortured but escaped and fled the country eventually ending up in Canada as a landed political refugee. Majed founded One Free World International and through his work has witnessed extreme religious persecution of Christians and Yazidis girls including those who were kidnapped and forced into sex slavery wherein they were raped repeatedly. Hundreds of girls have been rescued thanks to the work of Majed and the OFWI team.

Majed believes that Canada has a problem with ‘political correctness‘ and that it is our main enemy. The Canadian government uses it as a tool to discriminate against the most vulnerable people who are in need of asylum and instead caters to those who mean us harm.

What is Happening to Christians in Non-Christian Nations?

Why are the government and mainstream media going out of their way to not report on the persecution and mass murder of Christians in foreign countries? Are you aware that in the first 200 days of 2021, 17 Christians were killed every day in Nigeria? This is just one example. Why isn’t the Canadian government making it a priority to give these Christians refuge?

The globalists do not want the West talking about the atrocities happening in other nations, which are as a direct result of the different political and cultural systems, because in order for them to destroy Western Christian nations they need to divide us from within. The government is accomplishing this by flooding Canada with immigrants who continue to practice the culture they left and providing them with special privileges, as noted in the story above exposing the leniency of allowing Mosques to remain open.

Fact: Multiculturalism has been reported as a failure worldwide when the ‘host’ countries values are not embraced. This is why Trudeau is promoting mass immigration from countries whose values do not align with Canada’s so that it will be more and more difficult to defend Canada’s Christian-based principles of sovereignty.

In order to be united we need to see through Trudeau’s drivel about “diversity is our strength”. That is an outright lie and part of the psychological assault to offend the sensibilities of the majority of Canadians. In order to save Canada we need to be UNITED on the critical issue regarding the foundation of our freedoms, regardless of your cultural background.

To be clear, this is not about the colour of anyone’s skin but it is to do with the condition of their hearts and minds.

Integration and assimilation must once again become a priority for those making Canada their home. Without this we will continue to experience failed foreign political and cultural systems infiltrating our societies and our own government: a natural process if the checks and balances are not adhered to.

Calling citizens racist and intolerant if they voice their legitimate concerns is part of the strategy to silence reasonable and necessary dissent. We will no longer be a beacon of hope to those in desperate need and seeking refuge if we don’t speak up now.