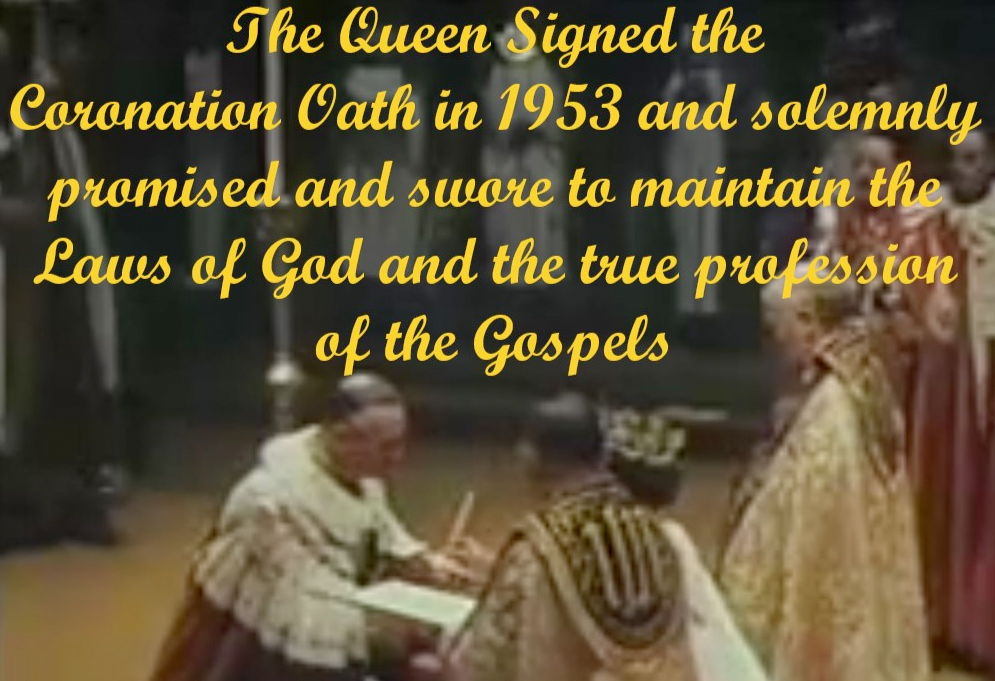 Do you know about the Coronation Oath? The majority of Canadians do not. It certainly wasn’t, and isn’t, being taught in our schools.

Hmmm, could there be a reason for that?

Are you aware that the majority of our youth have little to no knowledge about the Constitution or the Charter of Rights and Freedoms or the Rule of Law?

If you were going to take over a country, wouldn’t you start with the youth and the ‘education’ system as well? Dumb down the future generations. Certainly much easier to control. Years, decades, of planning has gone into this.

Knowledge is power and that’s why Action4Canada is hyper-focused on turning this around by not only educating the masses, including our youth, but equipping and encouraging citizens to also take Action!

God’s Law Trumps All Others in Canada

Are you concerned about your property rights? Politicians and Canadian Judges? Personal Rights? Then join us on the next Empower Hour with David Lindsay to learn about a hidden treasure called the Coronation Oath and how it applies to you!

All societies must have some form of Supreme Law – either manmade or by God. Canada’s is, fortunately, created by God.

The Coronation Oath has formed the basis of the entire Commonwealth and the influence of our common law, and supremacy of God, all over the world. David will discuss the importance of how power is obtained in Canada by the Monarch and why, and her limitations to that power.

The entire swearing in ceremony of the Coronation Oath is Christian based, not secular. In February 1952 the princess formally proclaimed herself Queen and Head of the Commonwealth and Defender of the Faith. In 1953 the Queen solemnly promised and swore an oath to maintain the Laws of God and the true profession of the Gospel in the governance of the people of Canada. In front of more than 8,000 guests, including prime ministers and heads of state from around the Commonwealth, she took the Coronation Oath and was from that point on bound to serve her people and to maintain the laws of God. Therefore, any laws that violate God’s law are of no force or effect and must be rescinded.

This living agreement is an historical buried treasure and one in which the globalists would prefer you didn’t know about. Read More.

Forced orders to wear masks as a condition of entry into establishments, constitutes the illegal practice of health, as defined in our Provincial Health Legislation. Employers, store owners, etc. are not legally qualified “health care providers” as defined in provincial Legislation, and therefore, not authorized by law to issue such orders even if the Provincial Health Officer “mandates” them. Because, there is no law in Canada legislating that people must wear a mask because you cannot interfere with an individual’s right to breathe freely!!

MASKS ARE POLITICAL! GET THEM OFF OUR KIDS!

Use the Action4Canada Notice of Liability for students and get the masks off your kids today!!

What a joke. And we do not mean this in the comical sense. Ontario’s Education Minister Stephen Lecce now says it’s not up to “school board officials” to make public health decisions and that mask wearing remains a choice for all students across the province. This man belongs behind bars. As does every other Minister of Education in this country who has supported the abuse, through masking, of students.

We’ve been telling them this for two years! What’s up with Lecce…is the threat of liability finally sinking in? Or is this only a game to him?

In March 2022, the BC Human Rights Commissioner called for the mask mandate to be reinstated after the Health Officer finally lifted the mandate. This is another individual unfit for their job. How can you remain in a position of authority wherein you have to operate without any bias, when you publicly declare your bias like this? 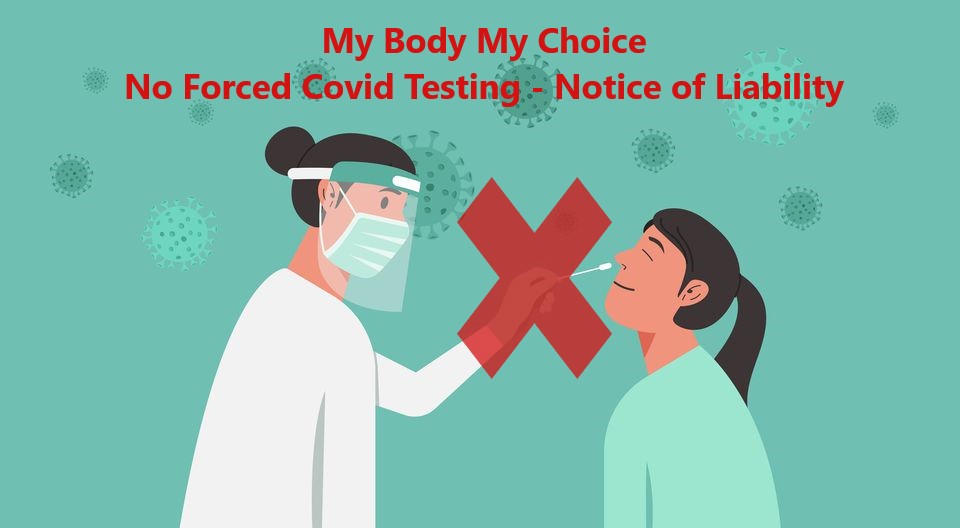 This Notice of Liability instructs anyone distributing or mandating the Covid-19 tests to cease and desist. These tests are illegal, pose a health hazard to humans and pets, and have a negative impact on the environment.

The mandate to undergo rapid testing is a criminal offense under the Genetic Non-discrimination Act S-201 and is in violation of the privacy act and the criminal code (Extortion (s.346) and Intimidation (s.423). According to the Genetic Non-Discrimination Act, Bill S201, it is an indictable offence to force anyone to take a DNA/RNA test or deny any service, employment, or education opportunity.

To assist you in communicating your position on this matter Action4Canada has created a template letter. It was successfully put into practice by a city employee resulting in continued employment without testing.

Know your rights and refuse to be tested today!

We are not buying what you are selling Klaus Schwab!

Forcing citizens into poverty so that they can be offered the solution of handing over all their property rights is not exactly a great selling feature to jump in and support the New World Order. But for those who are having the financial life squeezed out of them you can see how it could end up looking a little tempting.

Knowing your enemy and their devilish plans is essential in defeating them. So Action4Canada has created a one stop page for you to become educated on the One World Order including the World Economic Forum, Digital ID, Critical Race Theory, the One World Religion and more. Take the time to research, study and share this information with others.

NOTICE: Action4Canada Meets via zoom every Tuesday @ 4:30pm PDT/7.30pm EDT to help further equip Canadians in defending their rights and freedoms as well as educate them on how to best utilize the Action4Canada resources. A4C also covers current events and taboo issues the government would prefer we didn’t discuss. This week Tanya Gaw will be reviewing Notices of Liability and other resources. There will be a time of Q&A.  Register in advance for this meeting.