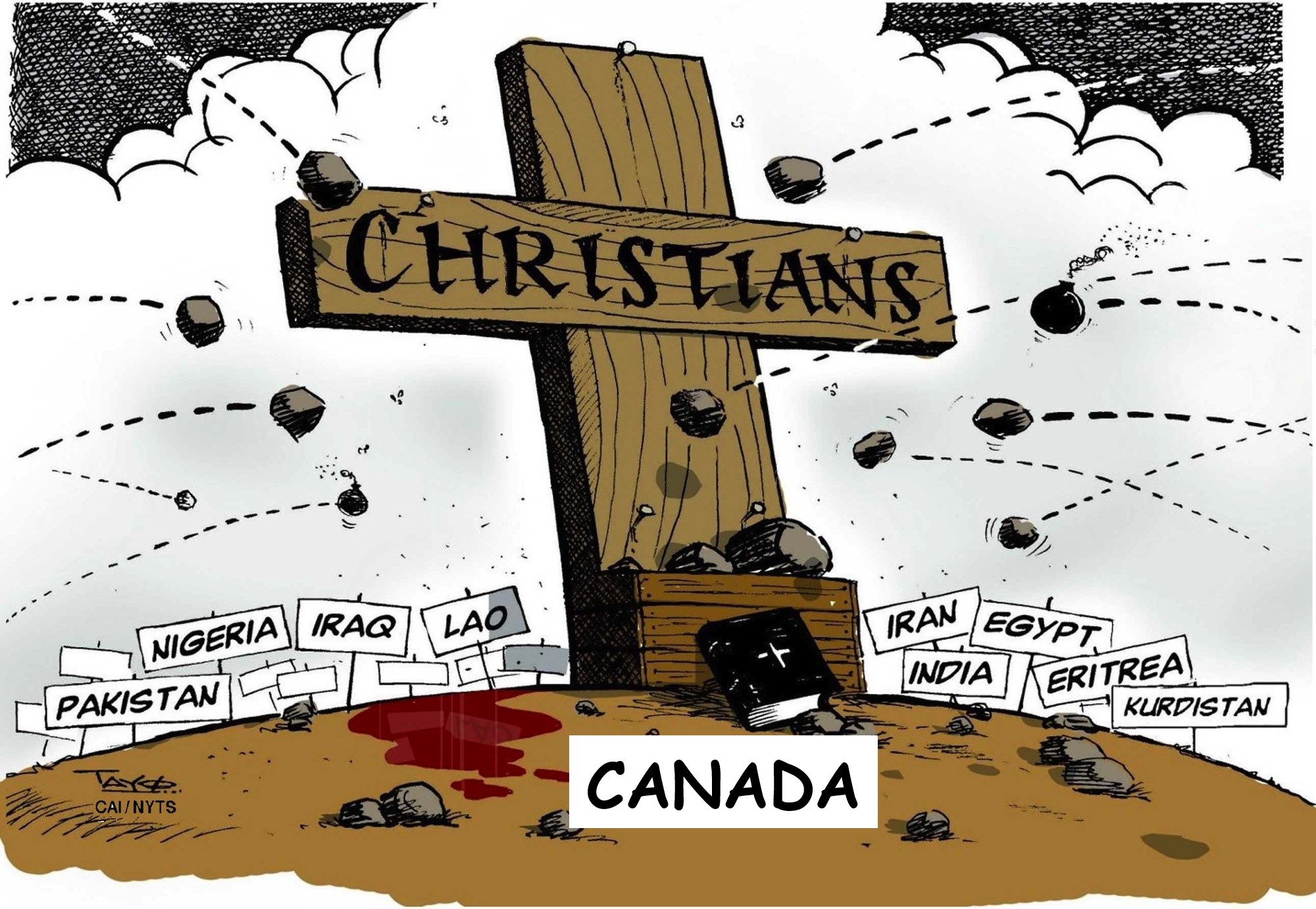 Are you aware of the rising persecution of Christians in Canada and how this directly effects your freedom…whether you are a believer or not?

Read the following article and see what is going on in nations that are founded on different political and religious belief systems.

It would be a toss up to identify which one Trudeau best aligns with. North Korea would probably be top choice for Trudeau since the leader demands he be treated “as divine.” To believe in anything else is political heresy. Tens of thousands of Christians are believed to be imprisoned in North Korea for their faith today. In this case, religious persecution is simply another facet of probably the most extreme totalitarian rule on the planet.

Christians are persecuted and imprisoned for their faith in communist China (another Trudeau crush), Pakistan, Egypt, Saudi Arabia and the majority of the brutal Islamic states. Are you aware that a third of the seats at the United Nations are Sharia (Islamic) compliant which means Islamic nations have the greatest representation. This has a huge impact on decision making and promoting a pro-Islam agenda worldwide? Interestingly, Islamist’s objective is to dominate the world with their “religion”. Sound familiar?

Furthermore, the Pope has already aligned the Catholic church with Islam, preparing the way for the One World Religion, when in February of 2019 he signed an “interfaith covenant“ with Sheikh Ahmed al-Tayeb who is “considered to be the most important imam in Sunni Islam.” 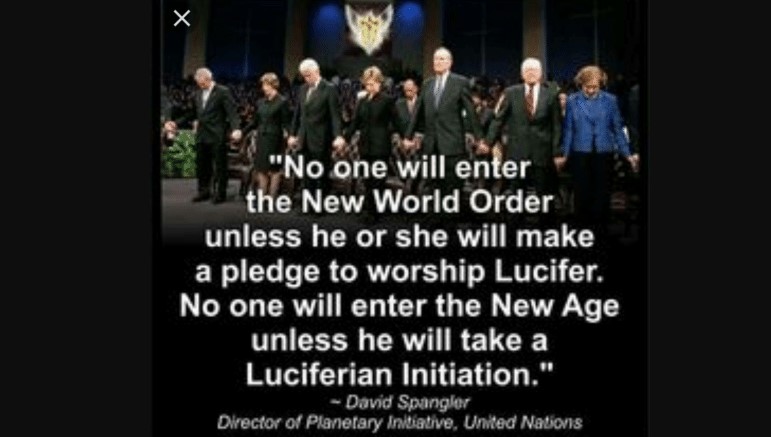 It is no secret that Trudeau’s objective is to destroy Christianity and anyone who doesn’t feed into his god-complex. The vision for the New World Order goes hand in hand with developing a One World Religion that pledges allegiance to Lucifer.

Take heart, God has no intention of losing this battle, but we need to do our part and ferociously oppose it.

Pastor Artur Pawlowski once again joins the Action4Canada Empower Hour team. Pastor Artur will share not only his personal experience of growing up in a communist, totalitarian, country but also his concern and indignation over the direction Canada has moved from a free and democratic state, into one governed by tyrants. Pastor Artur will further share his testimony of his most recent imprisonment wherein he was tortured, threatened and denied the right to being presumed innocent until proven guilty.

It is critical, for the freedom of all Canadians, that we fight to protect the RIGHT of Christians to practice their faith and the RIGHT of pastors to have their churches fully open and preaching the gospel.

To do our part, Action4Canada is commencing legal action to specifically address the persecution of pastors and Christians in Canada. We are excited about this endeavor and our partnership with Rev. Majed El Shafie from One Free World International. Rev. Majed has had tremendous success worldwide in fighting totalitarian governments on behalf of persecuted Christians and we are confident he will achieve a great WIN for Canada! Please Donate Here to the “Legal Fund – Campaign to end the Persecution of Christians in Canada”

You won’t want to miss this Empower Hour… Read More and Register in Advance.

In May of 2021 Palestinians were out by the thousands in Calgary, AB in protest against Israel. There were no consequences. No fines, no arrests, no discrimination, and no intimidation by the police. This happened across Canada.

While pastors and Christians were being persecuted and prohibited from assembling during Covid lockdowns, Mosques were open for business. This is a serious double standard: Christian pastors were arrested and fined whilst Imams and Muslims were permitted to gather. Examples Here,  Here and Here

The Islamists are not only bringing their foreign and unwelcome war against Israel (who happens to be one of our greatest allies) to Canadian soil, but they are also being given preferential treatment. As Pastor Pawlowski has so accurately pointed out, “One law for me, another for thee.”

A Man on a Mission

Rev. Majed El Shafie, Founder of One Free World International (OFWI), joined Tanya Gaw on the Empower Hour to discuss the rising persecution of pastors and Christians in Canada. Majed gave his own testimony of the persecution and torture he endured when he converted from Islam to Christianity, whilst living in Egypt.

Rev. Majed El Shafie proclaimed years ago that political correctness would lead to the persecution of Christians in Canada. Political correctness was designed to silence opposition against critical issues that were chipping away at our freedoms and democracy as well as our sovereignty as a nation founded on biblical Christian principles. The Trudeau government has been pushing a morally corrupt and anti-Christian agenda for the past 7 years, by passing bills and motions that support agendas such as the radical and politically charged Trans/LGBTQ agenda (to indoctrinate and sexualize children at the earliest age) and the Islamization of our nation.

Listen to Rev Majed’s moving testimony in the video above, to better understand the urgency of taking Action4Canada. Read More.

If you missed last week’s Empower Hour discussing the Coronation Oath be sure to check it out as it gives further insight into the government’s unlawful actions and the protection of our rights therein. The Coronation Oath is a hidden gem and a living agreement to govern Canada based on Christian principles. Any laws or motions passed that are in violation of the Oath must be rescinded and those involved in the collusion to destroy our democracy, charged with treason.

Action #1 -As more Canadians become aware of the World Economic Forum’s influence in Canadian politics, yet another globalist project, the WEF’s “Known Traveler Digital Identity,” lists both the government of Canada and the government of the Netherlands, along with various airports, and Air Canada as the testing grounds for an international digital ID system with “advancements in biometrics.” The Digital ID is an incremental step in implementing a Social Credit System and that’s why it is critical that we make a lot of noise about this and demand it be stopped.

LifeSite News has created an easy to use petition to send your MP a message to reject all forms of Digital ID. You can also contact MP’s directly by calling their office or send a personal note HERE

Action #2 – Get out and support James Topp, a 28-year veteran of the Canadian Armed Forces, who is marching 4,293 km across Canada in peaceful protest against government mandates trampling personal freedoms. James is currently in Manitoba…check out his location HERE.

Action4Canada Week of Prayer and Fasting 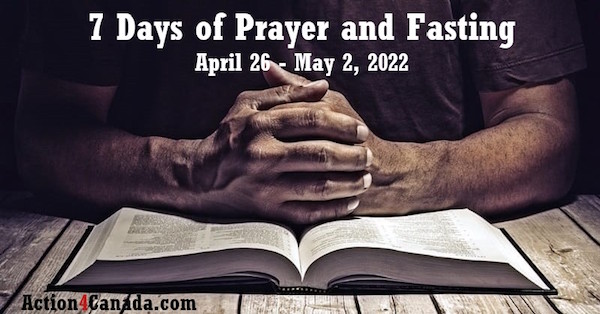 Join Action4Canada for 7 days of prayer and fasting beginning daily Tuesday, April 26 through until Monday, May 2, 2022 @ 7am PDT/10am EDT. Prayer and fasting are powerful tools. Pastor Artur Pawlowski, Pastor Dan Vachon, Pastor Ken Gilliard, Pastor Brent Smith, and several other pastors will be joining Action4Canada to bring a daily word of exhortation and encouragement and lead into a time of prayer. Join HERE