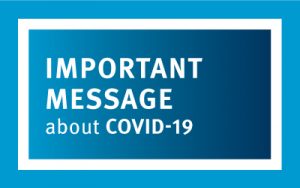 Masks and the Voiceless Victims

Is the decision not to wear a mask in public based on ignorance, or selfishness and a lack of compassion? Or could there be other reasons? Is one group setting a precedent that is causing greater harm to the majority. In response to feedback on our petition against Walmart’s mandated mask policy, we wish to address some of the concerns expressed. We also aim to bring awareness to the bigger picture which some may have yet to consider.

Please read this letter of report and let us continue to have an open dialogue and an open mind.

Thankfully, there is a +99% recovery rate from Covid-19. However, the consequences of the lockdown are another story. In fact, the extreme lockdown measures have proven to cause 14 to 1 more deaths than the actual virus, and there is a tsunami of voiceless victims suffering irreparable harm.

Based on some of the responses to the petition, it appears that science is being ignored or misinterpreted by the mainstream media. Academic, peer-reviewed studies carry little weight against the running list of fatalities and repeated directives to wear a mask and/or stay home. Please read – Masks Don’t Work

This in-depth report provides more information on the ineffectiveness of masks against Covid-19. It includes a summary of the ONA’s (Ontario Nurses Association) grievance against St. Michael’s Hospital’s “vaccinate or mask” policy. The arbitrator rejected the hospital’s “evidence” that forcing unvaccinated nurses to wear surgical masks during flu season was necessary to protect patients from influenza. The arbitrator concluded that this claim “was not supported by science and was most likely an attempt to drive up vaccination rates among staff.”

Unity Health at St. Michael’s Hospital and the University Health Network in Toronto are conducting hydroxychloroquine (HCQ) trials as per WHO protocols. However, the WHO has recommended using a lethal dose, nearly four times the normally recommended dose! Is this another attempt by the WHO to undermine this drug in order to mandate a vaccine? Action4Canada has met with the RCMP to request an investigation. We have provided detailed evidence, including a WHO Report from 1979, confirming that Chloroquine (of which HCQ is a derivative), is safe and effective when taken correctly ― but in high doses it is lethal.

Can Unity Health be trusted to conduct fair trials of HCQ if they are following WHO protocols?

Why are trials of HCQ even required at this point, since thousands of doctors are already using it at a recommended dose which, if given at the onset of Covid, is very safe and effective? This inexpensive, FDA-approved drug has been around for over 65 years. If used widely, it could save thousands of lives, make lockdowns unnecessary, and eliminate the push for a vaccine. Frontline doctors are speaking out about how the virus can be managed carefully, intelligently, and scientifically. Meanwhile, YouTube has removed the material, labelling it as “misinformation.”

Read here for an extensive report on the lengths the media and big tech have gone to cover up the efficacy of HCQ and dismiss the doctors risking everything to get the message out. Since Canadian mainstream media have become the propaganda arm of the government, they have become unreliable sources of information. By stoking fear and uncertainty, they have divided the masses, pitting citizens against one another.

Action4Canada believes that Covid-19 is a real virus, and recognizes that the elderly, and those with compromised immune systems, are at greatest risk. But we also believe that some politicians are exploiting the situation to wrest power from elected representatives and gain more power for themselves. We are committed to doing the research to uncover the truth, relying on peer-reviewed studies, scientific evidence, and testimonies from scientists and doctors.

Government ― and the media that serve them ― insist that masks save lives despite overwhelming scientific evidence to the contrary. Why?

We believe the answer is simple. If the government can force citizens to comply by taking away their freedom to buy groceries, go to the bank, work, and travel, then they have effectively set up the system needed to usher in mandatory Covid vaccination.

Other viruses (SARS) have come and gone without the type of extreme reaction we are seeing now.  Let us ask ourselves a few questions.

1) Why mandate masks if they have not only proven to be ineffective against Covid, but could also give people a false sense of security, leading to an increased risk of transmission?

2) If over 99% of the population recovers from Covid (estimates vary), why the urgency for a vaccine, and why the extreme lockdown measures?

3) If doctors were already coming forward with a highly effective treatment of HCQ, zinc, and azithromycin at the onset of Covid-19 (January/February), why did Dr.Tam  and Health Canada not authorize this treatment?  Report  White paper on Hydroxychloroquine – proven a safe drug.

4) *Actual* deaths, specifically caused by Covid, and not related to underlying health issues, have been compared to those from yearly influenza. What would it look like if we put the yearly influenza under the same microscope, and the media reported the daily death count?

5) In the middle of April, the news reported that hospitals were full of Covid patients … so why were emergency rooms empty across the nation? B.C. Ottawa, Ottawa

6) Large corporations such as Walmart, Costco, Home Depot, grocery chains and banks have remained open throughout the pandemic. Their staff have served thousands of customers a day without succumbing en masse to the virus. And yet small businesses were forced to close their doors. Why?

Why does Action4Canada care about mandatory masks? Because we care about the bigger picture. We care about the +99% of the population who should be working and thriving and providing for their families. We wish to protect the people who are most at risk by giving them the option to quarantine…without quarantining healthy people and destroying their livelihoods.

“A ‘second wave’ of an epidemic will not be a consequence of human sin regarding mask wearing and hand shaking. Rather, the ‘second wave’ is an inescapable consequence of an air-dryness-driven many-fold increase in disease contagiousness, in a population that has not yet attained immunity.”  (See Masks Don’t Work report above)

You have the freedom to sign the petition, and in so doing, take a stand for freedom, democracy, and the rights of your fellow Canadians.

With respect, the choice is yours.

Thank you, and God Bless Canada!