We will be launching a letter shortly for BC parents to remove the harmful masks from their kids!

Children and youth are at nearly zero percent risk of contracting or transmitting this virus.

This is not about a mask or the safety of your children or a virus.

Knowledge is Power. Know the facts. 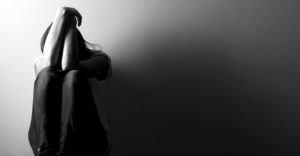 COVID’s Deadly Toll on Youth: A Sharp Rise in Suicides

Hypoxia is a health hazard

We consider it urgent for children to be released from mask “mandates,” based on the following information.

The issue of mask wearing is especially critical for children. In children, any hypoxic condition is even more of an emergency than it is for an adult. This is partly due to their more horizontal ribs and barrel-shaped chest, resulting in children relying primarily on diaphragm muscles for breathing, not nearly so much intercostal muscles, as in adults. These diaphragm muscles have proportionately fewer type I muscle fibers, resulting in earlier fatigue. Also, a child’s tongue is relatively large in proportion to the size of the pharynx, and the epiglottis is floppy.45 These anatomical differences make a child potentially more vulnerable than an adult to injury from hypoxic assault.

Hypoxia is deadly. Each year, many workers are injured or die due to oxygen deficiency. Read On…

“There is no evidence to suggest that wearing masks will prevent the spread of infection in the general population. Improper use of masks may in fact increase the risk of infection. Masks do not act as an effective barrier against disease when they are worn for extended periods of time. In addition, removing your mask incorrectly can spread virus to your hands and face.” – Infection, Prevention and Control CANADA*

NO MASKS FOR KIDS!