Chinese Communist Party and Trudeau Plan to Control the Internet...and Us?

Chinese Communist Party and Trudeau Plan to Control the Internet…and Us? 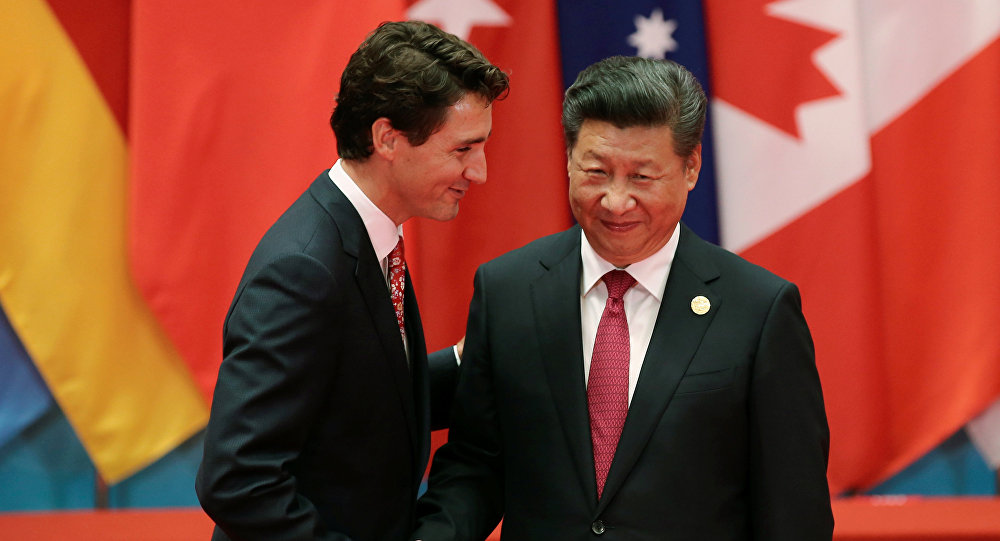 The Epoch Times recently (May 2, 2021) obtained leaked documents that lay out the Chinese leader Xi Jinping’s plan to control the global internet.

These documents reveal that in a speech in January 2017, Chinese leader Xi Jinping personally directed the country’s communist regime to focus its efforts to control the global internet, displacing the influential role of the United States.

The ultimate goal is the the CCP to control ALL content on the global internet so they can control any discussion and the global narrative. This will include controlling all apps, influencers, quality, content, and capital.

“These statements confirm efforts made by Beijing within the past few years to promote its own authoritarian version of the internet as a model for the world.

Having successfully built the world’s most sprawling and sophisticated online censorship and surveillance apparatus, known as the Great Firewall, the CCP under Xi is turning outward, championing a Chinese internet whose values run counter to the open model advocated in the West. Rather than prioritizing the free flow of information, the CCP’s system centers on giving the state the ability to censor, spy on, and control internet data.” Epoch Times.

Joshua Phillips in his Crossroads episode (below) gives a great analysis of the CCP in relation to this (segment starts at 25:55).

Here is a synopsis of that segment of the video:

Information control is a military program of the CCP known as The Three Warfares that is adopted into their military code.

1) Psychological Warfare – for example, disseminating false information and influencing conclusions. Psychological programming is specifically designed to change the perception you arrive at when looking at a set of information, by justifying the narrative. (This is also referenced in the George Orwell’s novel 1984 where terms like Double Speak and Black=White are used to describe how the narrative is flipped to make people think the exact opposite of the natural conclusion even when presented with overwhelming evidence to the contrary) ;

2) Media Warfare – control of the all outlets of information not only including the mainstream media, but also social media and your ability to chat with friends, debates, films, documentaries; and

3) Legal warfare – tying up the international court system to distract people from the real Agenda.

What does this have to do with Canada you may ask. Have you heard about Bill C-10? Here’s the leading media publication MacCleans interpretation of the role of Bill C-10:

“Liberal Heritage Minister Stephen Guilbeault has promised that his legislation will target content and Internet sites and services anywhere in the world provided it is accessible to Canadians. The obvious implications is that the government plans to introduce mandated content blocking to keep such content out of Canada as a so-called last resort.”

The Liberals also tried to sneak in an extra section that would silence individual’s private posts and videos. Thankfully, this quickly received massive push back and so they withdrew it, but the fact they tried to do this after shutting down the review committee speaks volumes.

Is Trudeau following in Xi’s footsteps and trying to implement the Canadian version of the Great Firewall? Is the CV-19 scam and the subsequent Great Reset being used as an excuse to implement communist ideals?

“The committee believes there is ample evidence that Canada is the target of significant and sustained foreign interference activities from the People’s Republic of China, Russian Federation, other states.

The committee believes these states target Canada for a variety of reasons but all seek to exploit the openness of our society and penetrate our fundamental institutions to meet their objectives.

They target ethno-cultural communities, seek to corrupt the political process, manipulate the media and attempt to curate debate on post-secondary campuses. Each of these activities poses significant risk to the rights and freedoms of Canadians and to the country’s sovereignty. They are a clear threat to the security of Canada.” Liberal MP David McGuinty

Other disturbing actions of the CCP, some of which are now being paralleled in Canada under the mask-erade of CV-19:

Chinese military being training in Canada – to enable them to fight in climates they are not used too
https://www.theglobeandmail.com/politics/article-global-affairs-objected-to-canadian-military-decision-to-cancel/

Infiltration of Chinese spies in our Universities and Tech companies
https://www.thestar.com/news/canada/2020/06/08/chinas-foreign-interference-likely-widespread-in-canada-says-author-of-new-report.html

China has laid out plans to build an army to rival the US – whilst Canada and US are trying to remove guns from their citizens
https://www.businesstoday.in/current/world/ccp-lays-out-plans-to-build-a-fully-modern-military-on-par-with-us-army-by-2027/story/420585.html

Mounting evidence that CV-19 was created in a lab in Wuhan, and the CCP misled the world as to the spread
https://saraacarter.com/steve-hilton-reveals-explosive-evidence-on-covid-19-origins-and-the-fauci-connection/

Canadian Military personnel infected with CV-19 whilst in China at the Military World Games – and Trudeau helps cover it up
https://www.opindia.com/2021/01/canadian-pm-justin-trudeau-helped-china-cover-up-origin-of-coronavirus/

The CCP focusses on making Chinese men more masculine – whilst the rest of the world is hyper-focussed on the opposite with transgender narratives
https://www.nbcnews.com/news/china/china-tackles-masculinity-crisis-tries-stop-effeminate-boys-n703461

The CCP is violently opposed to religion as it threatens their control. Persecution of persons of faith has intensified under Xi Jinping’s policy of Sinicization, which aims to secularize religion to ensure that it advances the CCP’s goals – is this why churches are being so heavily targeted in Canada?
https://www.nationalreview.com/2020/10/religious-persecution-in-china-must-be-called-out/

CCP takes control of China’s private sector – small businesses = independence and independence = free thought and will – is this why small businesses are being targeted by Canada’s Health Officers
https://www.asiatimesfinancial.com/ccp-announces-plan-to-take-control-of-chinas-private-sector

The CCP is renown for first compromising, then bribing politicians and influencers to gain complete control over them. Is this what is going on with the whole CV Scam – Teresa Tam/Health Officers/Politicians/mainstream media?
https://www.axios.com/chinas-influence-operations-are-getting-harder-to-hide-462c6ed5-bfd5-4ba0-a92d-fd3c1593d444.html

The Great Reset – you will own nothing and be happy…and the government will have total control…through schemes like Universal Basic Income, digital currencies and the Health passport…because if you don’t do as you are told by the government you will not get your benefits/money/rights…