Bill C-10 and a Liberal's Back Peddling View

Bill C-10 and a Liberal’s Back Peddling View

Is the government lying to you? 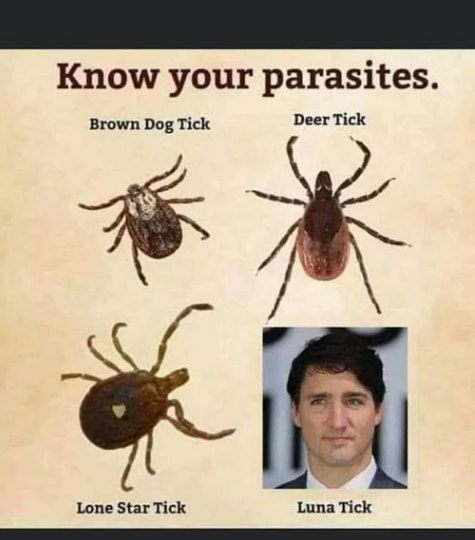 Would this image be considered hurtful? If Bill C-10 passes, would it be removed from Social Media?

Bill C-10  is intended to empower the government to regulate and censor what Canadian citizens say on social media, to regulate posts by citizens, and to be a “hammer” to intimidate free speech.

However, due to public backlash, the liberals are relenting on the bill and back peddling. One such Liberal is Ken Hardie who is infamous for spinning a narrative that does not support the evidence.

There is no doubt that Bill C-10 is meant to give the government the power to censor Canadians.  The fact that the Heritage Committee tried to slip a fast one by us  when they secretly extended Bill C-10 to include “social media and user-upload services and apps”, is proof.

Liberal MP, Ken Hardie, in the correspondence below with a concerned citizen,  attempts to justify the Bill by saying it is to curb on-line hate. But we already have hate speech laws. Due to the pressure from the public Mr. Hardie attempts to deny what the liberals are blatantly up to. He says, “in  a nutshell, any suggestion that the Bill would impede the freedom of speech of people posting on social media is bogus.” He goes on to say,  “our Charter would not allow it in any event.”

Wow, that is rich coming from a liberal. Censoring Canadians and talking about Charter rights in the same sentence. Maybe he should read the part about the freedom of religion, travel, and the right to life, liberty, and security of the person.

Is Mr. Hardie attempting to further deceive Canadians or is he genuinely uninformed of what his Party is up to?

If you would like an answer to these critical questions, then send Mr. Hardie an email at: [email protected]

And let your MP know how you feel about Bill C-10…simply click Here and key in your postal code.

Read from the bottom up….

We’ve circled back to the Minister and have received a deeper briefing on Bill C-10.  In a nutshell, any suggestion that the Bill would impede the freedom of speech of people posting on social media is bogus.  It just won’t happen regardless of the mis-info being pushed out there.  The Charter would not allow it in any event and, if you look now at all of the outlets subject to CRTC regulations, you’ll see a lot of pretty licentious content, so there are very few limits on what the actual broadcasters can put out there.

There will be an amendment brought forward to make it even more clear that the legislation will not impact user-posted material.

The purpose of the Bill is to ensure any social media platform behaving like a broadcaster will be required to pay into a fund to support the Canadian artists they’re using to make money.

Thank you for your message.  I agree, freedom of speech, especially speech that is uncomfortable to hear, must be protected.  That said, when it comes to inciting violence and physical harm to individuals or groups, when it comes to the exploitation of children and women, there has to be some limits applied.  There is ample evidence that these sorts of messages have been out of control on social media, and I will support measures to deal with those responsible for them.

That said, C-10 will only have an indirect impact on those activities.  Simply put, the legislation applies the same rules as broadcasters live by to online media platforms that act like broadcasters.  Fundamentally, this means, for example, that just as broadcasters must compensate artists for using their material, YouTube and other content sharing platforms must do the same.  Bill C-10 specifically excludes those who upload content from being defined as ‘broadcasters’.

However, if there are to be standards applied to content in line with those now applying to broadcasters, I see this as a good development.  When people, individually or as a community, are unjustly harmed by content posted online, the material might not fit the description of ‘hate’, but it still merits review and I personally would welcome mechanisms to do that.

Whether it’s under the camouflage of the pandemic or not, never such an attack on our freedom must be allowed.

This is egregiously insane and no Canadian, anyone, could conscientiously support such a Bill.

No to totalitarianism, back to Democracy.

Ladies and gentlemen, stop this treacherous Bill now and forever.