BC NDP/Liberals Openly Discriminate Against Christians 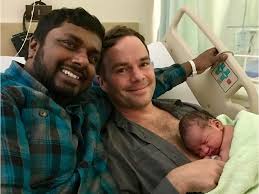 Meet BC NDP MLA Spencer Chandra Herbert, who is calling for the removal of a BC Liberal, Mr. Laurie Throness, from caucus for alleged homophobia.

Mr. Chandra Herbert chastised 10 Liberal MLAs for running ads in the Light Magazine, a Christian publication that upholds tradition biblical values on family and marriage and socially conservative views. Several MLA’s apologized and the leader of the BC Liberals, Andrew Wilkinson, not only apologized but said they would be backing away from advertising with the magazine, saying “there is no room for homophobia, transphobia, or any discrimination in the BC Liberal Party.”

Interesting statement, as how does Mr. Wilkinson plan on addressing the violation of the Constitution and the blatant discrimination against the Christian community?

In contrast, one brave soul is standing out from the rest, MLA Throness, and he is being severely attacked because of it. What is Mr. Throness’ crime? His unapologetic support for the Christian magazine and for exercising his Constitutional right to freedom of conscience and religion [Section 2(a)]. The freedom of thought, belief, opinion, and expression, including freedom of the press and other media of communication; the freedom of peaceful assembly; and freedom of association.

Once the facts are laid out, it would appear that the problem is not about advertising but about an MLA, Chandra Herbert, using his position to exert Marxist-style politics, focused on shutting down any opposing views that do not align with his own personal ideologies.

In closing, we would be wise to ask this question: Is Mr. Throness really the one who should be expelled from caucus, or should Mr. Chandra Herbert be removed?

If you agree that MLA Chandra Herbert is violating the Constitutional rights of Canadians then please sign the prepared letter below (or write your own) and send it to the leaders of the BC NDP and Liberal parties, as well as all of the MLAs. If you are not a BC resident, don’t let that stop you from taking part. This matter involves every province because as long as the NDP and progressive Liberals exist, so will their Marxist ideology.

“The dictator says “You are allowed to think as you want” but never write it down or talk about it.
If you cross these borders, we cannot guarantee your security”
― Bangambiki Habyarimana

There has been a great deal of news lately regarding the BC Liberals advertising in the Light Magazine, a Christian publication with socially conservative views.

NDP MLA Spencer Chandra Herbert attacked every MLA who advertised in the Light and is further calling for the removal of Liberal MLA, Mr. Laurie Throness, from caucus for alleged homophobia. Mr. Chandra Herbert’s hateful and intolerant actions target not only the Members of the Opposition but the entire Christian community. As an elected official whose job it is to represent all his constituents, MLA Chandra Herbert’s public discrimination against Christians is unacceptable.

Therefore, I am requesting that Mr. Chandra Herbert be removed from the BC NDP caucus immediately for his anti-democratic, anti-Christian rhetoric, name calling, and unwillingness to uphold and respect Section 2(a) of the Canadian Constitution. This includes:

Further, Mr. Chandra Herbert must make a public apology to Mr. Thorness for his hateful, intolerant rhetoric, and the attack against Mr. Throness’ character, and the accusation of unfitness for the position of Official Opposition Critic for Children and Family Development and Child Care.

If you are unwilling to address this matter, the message you will be sending to the Christian community is that there is no room for them in your party. Whatever decision you make will be remembered come the next election, and will help voters determine whether either of your parties is worthy of our vote.