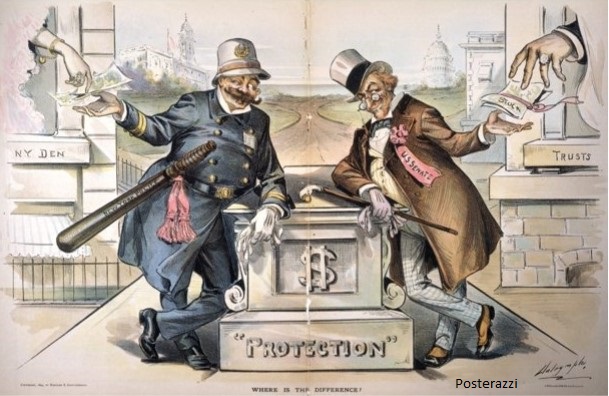 Canadians have lost faith in law enforcement. It is not difficult to understand why as we witness the Constitution, the Charter of Rights and Freedoms and the Rule of Law being desecrated and abandoned.  Tanya Gaw writes an account of her efforts calling on the BC RCMP to commence an investigation against the BC Health Officer and provincial government for alleged criminal negligence, breach of trust, inciting hate, extortion, fraud and crimes against humanity.

In April of 2020, Tanya wrote a report called “Government Corruption and Colluding with a Foreign Syndicate”. In May of 2020 a Call to Action was launched calling on the Premiers to lift the lockdowns and get citizens back to work. The Government Corruption report was included with that Action and the Premiers were requested to read the report and commence an investigation into the federal government. The Premiers received the report a minimum of 70 times over several days, from citizens across the nation, and yet not one Premier responded.

In July of 2020, Tanya met with Dwayne McDonald the Assistant Commissioner and Criminal Operations Officer for Federal, Investigative Services and Organized Crime for the province of British Columbia, and provided not only the above mentioned report but also several other detailed reports outlining the BC Provincial Health Officer, Bonnie Henry’s history with the WHO; the withholding of life-saving treatments; and expressed concern that the Prime Minister may be making backroom deals with Premiers since none of the Premiers were taking a stand to protect citizen’s rights.

McDonald concluded the meeting by advising Tanya that he met with the Health Officer weekly and that unless Tanya could provide further evidence of criminal activity there was nothing further he could do and an investigation would not commence.

In the fall of 2020, Tanya provided a news report that the Belarus President had exposed that the International Monetary Fund (IMF) had tried to bribe him with nearly a billion dollars (US) to implement the Emergency Measures. Still this was not sufficient to commence an investigation. Tanya continued to provide relevant reports and information and again met with McDonald in February 2021. Tanya continued to appeal to, and meet with, not only McDonald but the second in command, Superintendent Andrew Blackadar. In April of 2021, Tanya wrote another detailed report and requested that they urgently do something about Bonnie Henry and the government pushing the experimental injections as severe and permanent adverse effects, including death, were being reported.

Shortly after this Henry announced they would be injecting minors age 12-17 and that minors did not need parental consent. In another public announcement Henry stated that there is no limit on age for someone to consent to medical treatment, including vaccination.  Tanya sent additional emails appealing to McDonald and Blackadar and providing reports and statistics that minors were at nearly zero percent risk of contracting or transmitting the virus, and that there were critical reports of severe adverse reactions to the injections, including death.

In June 2021 Asst. Commissioner McDonald was promoted to the top cop in BC as the Deputy Commissioner. Blackadar continued to take calls and meet with Tanya and on August 30, 2021 Tanya filed a 25 page Affidavit requesting an investigation of Bonnie Henry, John Horgan, Adrian Dix and Mike Farnworth for alleged fraud, criminal negligence, wanton and reckless disregard for the lives or safety of other persons, extortion, and crimes against humanity.

However, McDonald and Blackadar repeatedly used the excuse that the threshold for commencing a criminal investigation is much higher in BC than in other provinces and, therefore, they required more evidence because they claimed that they did not want the Crown to reject the investigation.

Question: Isn’t it the RCMP’s job to commence a thorough investigation and gather further evidence and then, once they have done so, present it to the Crown?

Tanya advised them that she had doctors, healthcare professionals and an undertaker who are ready and willing to give firsthand testimonies of the corruption they have witnessed under the cover of a fraudulent pandemic, killing people and causing permanent and severe injury. The RCMP have taken no steps to arrange a meeting with these witnesses.

Every individual who is participating in these crimes will be held accountable, even those who turned a blind eye and neglected their Oath.

Countries that did not fall into tyranny are those wherein the police and the military sided with the people rather than the government.